Hear from a Peer: The Best Advice Received During a Review

Learn about the constructive criticism and guidance that have had the biggest impact on your fellow administrative professionals.

What you learn during a performance evaluation can help you to break bad habits that are holding back your advancement. Depending on how you act on the feedback, it could even change the course of your career.

We asked members of the Staples InsidersNetwork: What piece of feedback from a performance review has benefited you most?

Janece, operations leader/senior account manager: “I was told that I had a bad attitude. A year and a half later, I made management!”

A companywide reorganization a few years ago dragged down morale at Janece’s office. Corporate had fired their office manager and moved the team to a less-desirable space. Janece’s team also wasn’t getting some of the perks given to employees at the company’s other locations.

“I was upset and angry, and I wasn’t putting in any more work than the bare minimum,” Janece recalls. As the team member with the most seniority, “the other gals looked up to me, and I wasn’t setting a good example.”

When it was time for yearly reviews, Janece’s evaluation was the worst she had received in her 15 years with the company. But, her manager was compassionate and took the time to listen to her frustrations. She also reminded Janece how valuable she was to the company.

“From that day on, I decided to be happy and positive — to go the extra mile in my work, and set a positive example for the team,” Janece says. The next year, her review was much better. Then, six months later, she was promoted to operations leader at her office.

“Now, I have my own employees who I get to give pep talks,” she says with a laugh.

Tara, administrative assistant: “Learn how to say ‘no’”

Over the nearly two decades that Tara has been at her job, she has become the go-to person for things that others either don’t have time to do or don’t know how to do. One day, it might be printing labels or stuffing envelopes; another, it could be teaching colleagues how to do a mail merge.

“Individually, they’re little things, but taken together, they can really eat into your day,” she says. She would find herself staying late or working on weekends to finish her core responsibilities. During many performance reviews over the years, the same piece of advice would come up: to stop taking on so much that’s outside of her job.

Following the advice is a challenge, Tara admits. “I like all my co-workers, and I want to help them out,” she says. But, she is getting better at it. She has declined certain requests, always with a polite explanation for doing so. “People understand,” she says. “Still, it’s a work in progress. I consciously have to set limits.”

A few wise words early on in Sarah’s career had a lasting impact. “I was at my second company, and I was a diligent worker, but I could be quite hasty in getting things done or making purchasing decisions,” she recalls. That sometimes led her to agree to pricing that could have been lower had she allowed more time for consideration.

During a review, the CEO of the company advised her to slow down and take a step back. “His exact words were, ‘Even if you feel pressure — and sometimes the pressure is real — you still always have time to think about a decision and make the right move once you’ve done so,’” she recalls.

Sarah uses the advice frequently in her current role. “If there’s a sales person in front of me, I won’t feel pressured to give an answer right away,” she says. Instead, she will say that she needs to think things over, and she’ll give a time frame for her decision. Along with helping her to make better choices, Sarah says this approach has influenced the way that salespeople respond to her. “People respect you more when they see you’re putting more thought into the decision,” she says.

We asked members of the Staples InsidersNetwork to tell us: What do you find most challenging about preparing for performance reviews? 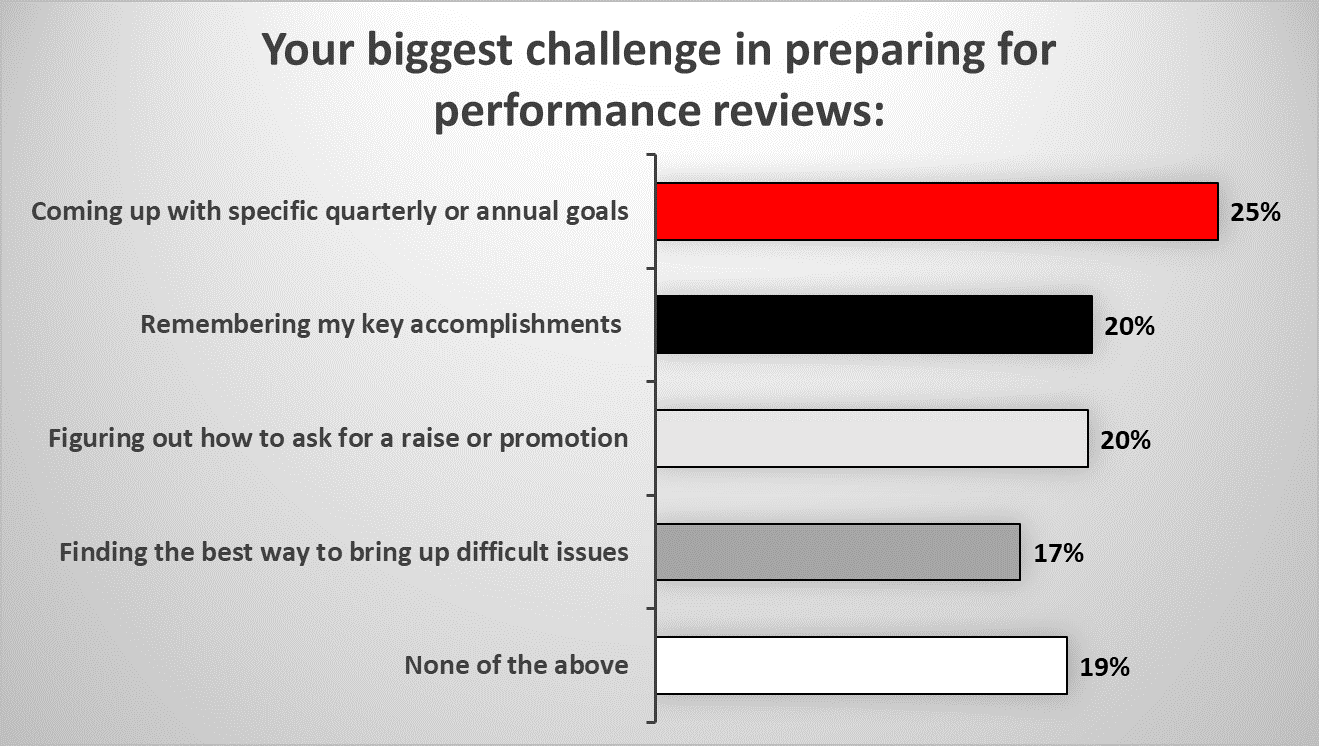 Getting ready for reviews isn’t easy! But putting in the time and tackling tough questions can really pay off.