Forget the carrot-and-stick approach. We need new ways to motivate our employees, declares Daniel Pink, author of the books When, Drive and To Sell Is Human. When job tasks were routine, the idea of a reward (or the fear of punishment) was enough to capture employees’ attention.

That is no longer the case. Work has gotten more complex, demanding creativity and critical thinking. It’s time to look at the science and see what actually motivates team members in the modern world. We asked Pink about his scientific secrets for inspiring and managing your team.

Q: When it comes to motivation, what surprised you the most in your research?

A: What blew me away was how overwhelming the research was. Huge portions of what we do in organizations go against the science.

In brief, if-then rewards—as in “if you do this, then you get that”—are great for simple and short-term tasks, but not so great for complex and long-term tasks. Where we run into a problem is that these rewards aren’t very effective for work that requires judgment, creativity or a long time frame. Sometimes they backfire; most times they just have no effect at all. So what we need to do is come up with a way to, in an evidence-based fashion, motivate people for this growing collection of tasks that aren’t simple and routine and that require creativity and conceptual thinking.

Q: So what are the best ways to motivate employees?

Mastery. Mastery is our desire to get better at stuff. It’s inherently satisfying. Research shows that progress is the single biggest motivator on the job. But the only way you know if you’re making progress is if you’re getting some information on how you’re doing. For instance, say you’re taking a car ride somewhere. You need to know, “What direction am I going in; how far have I traveled?” For people in organizations, many of them feel like they’re in a bad dream, where they’re driving and they’re not sure where they’re going. The problem is that most of our feedback mechanisms are formal and infrequent. Think about annual performance reviews. They happen in these very tightly orchestrated settings, and they don’t happen often. And everything we know about feedback is that the best feedback is frequent and informal. Outside the workplace, our ability to get regular, personalized feedback is massive. So, can you make the world inside of the company as rich in feedback?

Autonomy. Do people have a sense of control over what they do? Most of management, traditionally, has been about controlling people. Autonomy, which is self-direction, is the opposite. Think about autonomy as a dial: One is almost no autonomy; 10 is massive autonomy. It doesn’t mean that in every circumstance for every person, you turn it up to 10. With something like workplace safety, where there are certain steps that somebody needs to take to install a piece of equipment, or in a hospital setting up for a surgery, you don’t want people having massive amounts of autonomy. You want people to be compliant. But other cases, you want to turn the dial more in favor of autonomy. Self-direction, not control, is how people truly engage on the job.

Purpose. Do people know why they’re doing something? Do they know that what they’re doing in a given day makes a difference in the world—or even just makes a contribution to a teammate, to a customer or to someone in their realm? I find purpose to be a very intimidating word because it makes us think, “My job is worthy if I’m solving the climate crisis or feeding the hungry or building houses for the homeless.” Most of us don’t have that kind of purpose every day in our job, and that’s OK. There’s another kind of purpose that I don’t think most organizations take seriously enough, which is simply making a contribution. Did I help my teammates get this project out the door? Did I help this customer solve her problem? Did I make something happen? People want to know that they matter. They want to know at some base level, “If I didn’t show up to work today, would somebody notice, would somebody care and would something not get done?” Purpose is by far the most cost-effective performance enhancer that organizations have. You don’t have to spend a dime. You just have to have conversations. This regime of autonomy, mastery and purpose is obviously harder than simply dangling carrots in front of people or threatening them with sticks. It’s a very different approach to motivation. But the evidence is overwhelming that this is the best way to create enduring performance for what most people are doing in the workplace. 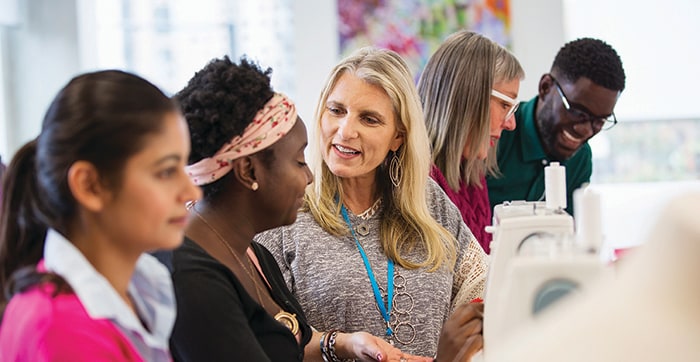 Q: What about bonuses? Do they actually work?

A: Bonuses are complicated. Take something like profit sharing. If the company does well, people get a slice of the profits. That’s a great bonus. If you help the company create a profit, you deserve a piece of the action.

But there are other kinds of bonuses. If your company has a sales organization, and all you want is to hit your numbers for that quarter, give people the biggest bonus you possibly can for hitting that number, and you will hit that number. You might burn customers in the process, you might have people pull orders in from one quarter to another, you might have them do duplicitous things, but you will get that done.

What’s more, you need a whole administrative apparatus to monitor bonuses, to measure performance and to litigate the inevitable disputes.

So the question with bonuses is what type of work are people doing, and what kind of behavior do you want? If you’re going to use bonuses, they should be simple and transparent but hard to game.

That’s rule No. 1 when it comes to motivation, Pink says. “Money matters. A lot. But the best use of money is often to pay people enough to take the issue of money off the table.”

Walking around the office and monitoring who is at their desk is a huge waste of time and is a form of control. People resist that. “They might not be doing the best work, but you’re going to have people at their desks,” Pink says.

Researchers at Harvard Business School performed an experiment at a factory where management kept constant watch over its workers. The research team put up a barrier for half of the factory so the managers could no longer see those employees.

What happened with the group that couldn’t be seen? Its productivity went up. “The reason is because they started doing things like talking to one another to say, ‘Hey, maybe there’s a better way to do this,’” Pink explains. “‘Maybe we can change this process a tiny bit to make it more efficient.’ Whereas when they’re being watched, they had to perform the role of doing work rather than doing anything innovative.”

3. Talk about the why, not only the how.

Pink says you’ll see an uptick in performance, and you’ll establish the habit of talking about your team members’ purpose in an informal and authentic way.

4. Set your team members free for a “genius hour.”

Pink shares the story of a customer service team leader at a credit union who told her employees to leave work for one hour every week. Her edict: Go somewhere else and think about a better way to run this place. Think about something we’re not doing that we should be doing. Think about some process we should change. “With genius hours, you’re going to get all kinds of ideas,” Pink says.

5. Have weekly one-on-ones—but do them right.

Have your one-on-ones while standing. “There’s research showing that when people stand for a meeting, they get just as much done as when they’re sitting, but the meetings take less time,” Pink says.

Once a month, devote the conversation to something beyond a status report: Ask what they love about their job and what they loathe. What are their long-term goals? What barriers do they have? You can even ask for ways that you could improve as a manager.

6. Find out if you’re all on the same page about the company vision.

Pass out index cards to your team and have them answer: What’s the purpose of this company? And don’t have them sign it. “It’s like an MRI for whether the company is aligned, whether it has a sense of purpose,” Pink says. “Sometimes you’ll get cards back with a question mark. Sometimes it’s cynical:

‘We’re only here to enrich the people at the top.’ Other times, the cards will show that people are united in a common cause.” 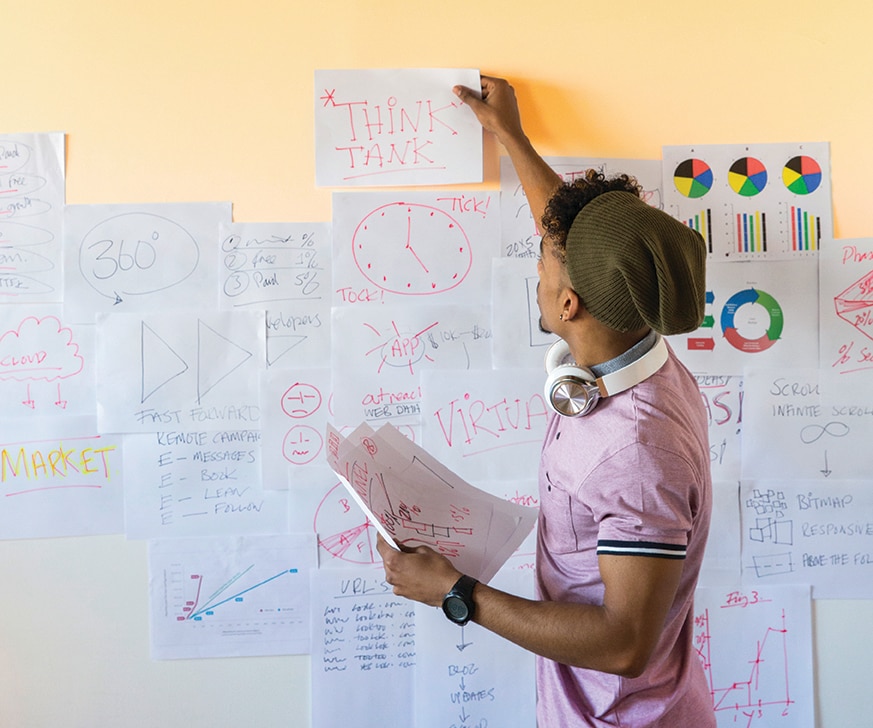 Timing isn’t an art, it’s a science. In fact, that’s the focus of Pink’s latest book, When.

“Our cognitive ability changes over the course of a day,” Pink says. “It changes in predictable ways, and it can change in pretty dramatic ways.”

The trouble is, we organize our workdays as if our brainpower remains constant throughout.

Most people (about 80%) move through the day in three big stages: a peak, a trough and a recovery. The remainder are night owls, who tend to have their peak much later in the day.

“The problem is, we don’t take when seriously enough,” Pink says. “When we have a meeting all we ask is, ‘Who’s available? Is there a conference room open?’ And that’s a big mistake.”

Morning: This is when we’re best able to bat away distractions. Ideal for: Writing reports, analyzing data, implementing strategy, learning and having difficult conversations

Early to midafternoon: People suffer a major decline in performance during this “terrible” time of day, Pink warns. Ideal for: Answering routine emails, filling out expense reports and doing other administrative tasks

Late afternoon to early evening: Our vigilance is down, but our mood is up. Ideal for: Brainstorming and problem-solving